It was September 2014, and on Twitter, under the hashtag #airdrievotes, a group of folks chatting about the upcoming municipal election expressed a desire to see their community become more inclusive.  A plan was made to form a steering committee to start Airdrie Pride.  And I was one of those people.

In the months that followed, a group of various people in the city, including two sitting council members, met in the basement of a United Church and formed a plan.  We were full of ideas and hope.  Each of us had a connection to the LGBTQ2+ community.  Each of us wanted to protect and support our community members.   Airdrie Pride Society was born.

The months and years that followed were a wild ride with many stops and starts.  Less than nine months after the forming of APS, I was unexpectedly sitting as its president.  We had board members come and go, and despite our desperate scrabble, we never seemed to be able to gain a foothold.  While two of our founding board members, Dan and Fred, stayed with us, the rest moved on.  There were times that I was concerned that APS would never move forward, that we would be active in name only, and eventually, like so many community organizations, fade into the ether.

Thankfully, this changed.  About two years ago in 2016, we welcomed the first 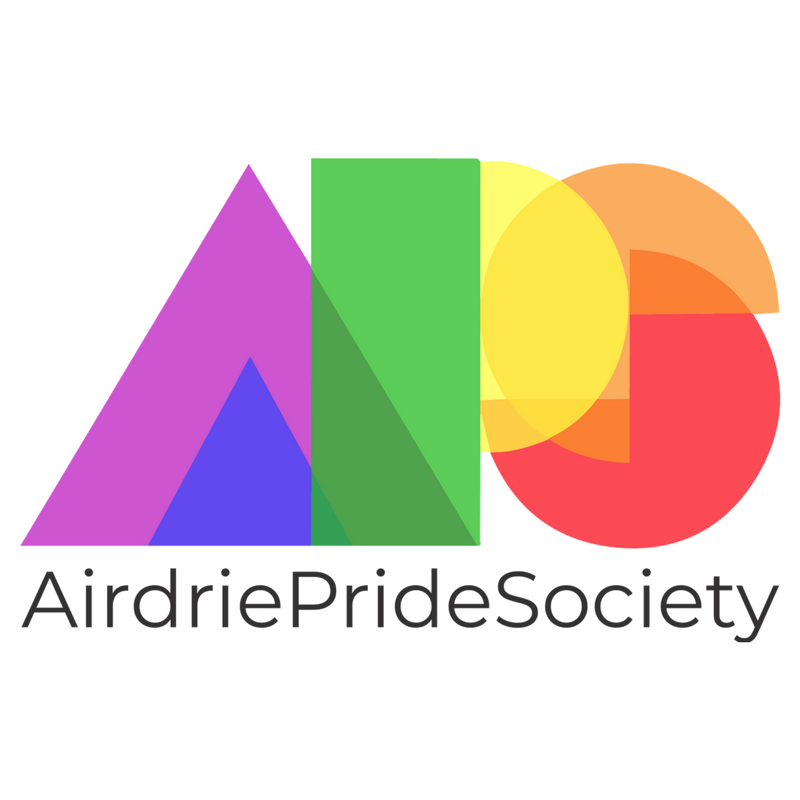 of four new board members onto APS.  These new faces re-energized the board, and we not only grabbed a foothold, but then a handhold and another.  We were climbing.  Soon we were soaring.  The new board members brought fresh ideas, fresh passion, and more than anything, a strong commitment to what Pride could and would become.  In the last year, we have launched Community Coffee, PRYSM, and Parenting with Pride.  Our logo has changed, and we are receiving daily messages of encouragement from our community.  Airdrie City Council recognized Transgender Day of Remembrance.

I have never felt comfortable being in the position of President.  While I appreciated the confidence that the board put in me to lead, I was never the right voice.  I am a straight cis woman, and I never felt like it was my place to speak on behalf of the LGBTQ2+ community.  But Pride was my baby, and I desperately wanted it to succeed, so I stayed in my position.  So it was bittersweet that on Sunday, I passed the torch to Kiersten.  She will be supported by her new Vice President, Candice.   They’re not completely rid of me, of course.  I am happy to say that I’ve been elected as Treasurer, and have many ideas for fundraising to continue moving APS forward.

I have been honoured to serve as the President of Airdrie Pride for the last four years.  But more than that, I am so pleased that what started as a conversation about inclusivity on Twitter one night during a municipal election has now become a reality.  We are actively supporting our community, actively promoting equality, awareness, and inclusivity.  We are engaging with our amazing youth, who have some really awesome ideas for upcoming events.  I cannot wait to see what they do.

Be prepared, Airdrie.  We are painting the town rainbows.