One thing that has been a bit of a brain twister for me lately is our acronym.  The Pride acronym is large and unwieldy.  It doesn’t exactly roll off the tongue.  But for all that, it is inclusive and attempts to acknowledge all members of this community of ours.  It’s been rather like a tree, originally just LGB, then a T and a Q came along, and now we’re at the full glory of LGBTQQIP2SAA (Lesbian, Gay, Bisexual, Transgender, Queer, Questioning, Intersex, Pansexual, 2-Spirited, Asexual, and Allies).  There are some variations on that acronym, too.  But generally speaking, that’s the accepted one. 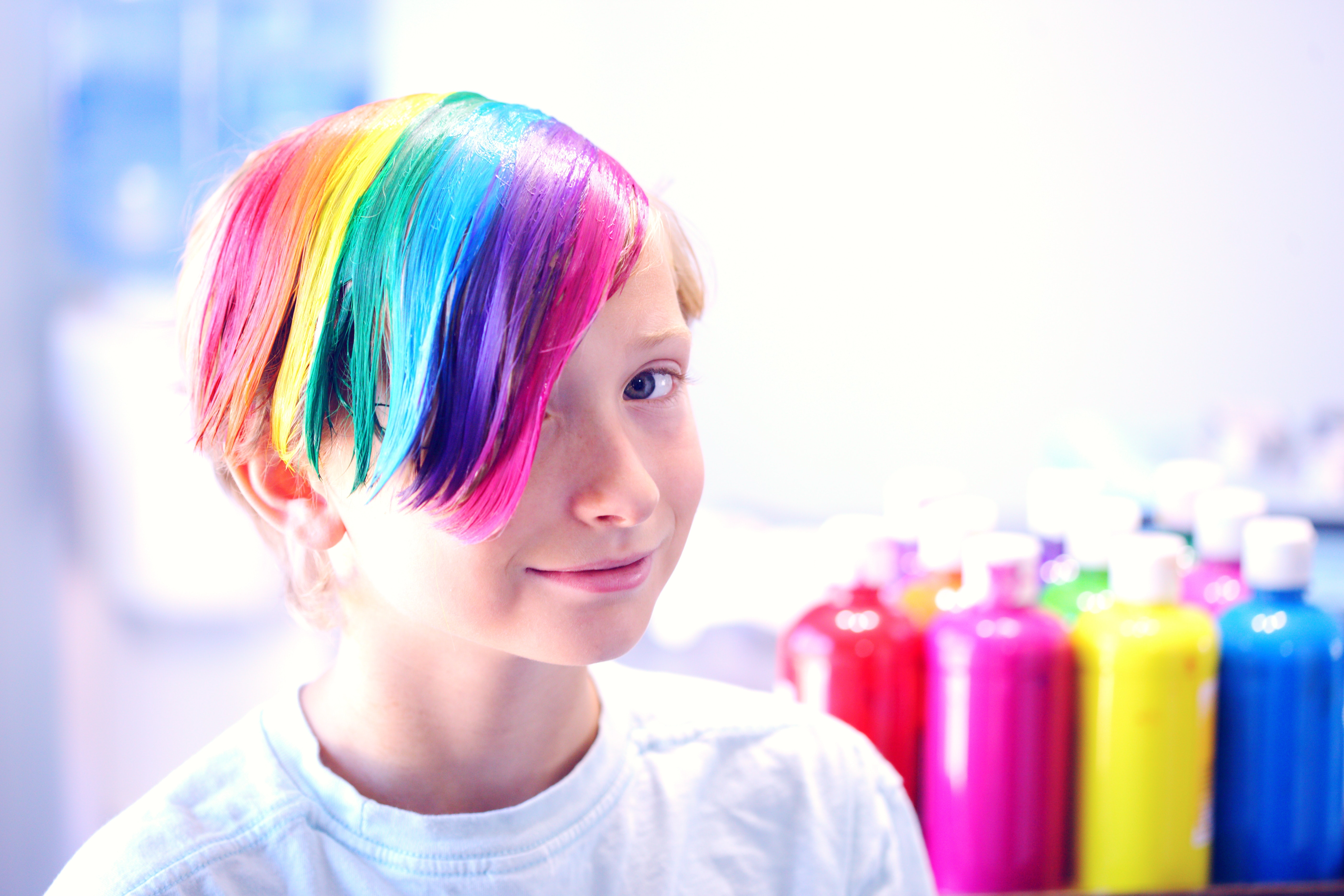 Here’s where I personally think there’s an error in our ways.  One of these things is not like the other.  Oh, boy, that was a very uninclusive way of saying that.  What I mean is some of those acronyms (LGBP and one of the As) are sexual orientation related.  They’re indentifiers of who you are sexually attracted to (note: sexual and romantic attraction are two different things and I will tackle that one day).  Others in that acronym — T, I, 2S, the other A — those are related to gender identity and expression.

When the Pride acronym was just LGB, it was only sexual orientation-related.  It only identified those among us who are attracted to the opposite sex, or both sexes.  And society, well, it kind of ingrained that in itself.  According to a whole chunk of society, Pride means gay people, and that’s that.  Pride is related to sex and sexuality, and that’s all.

BUT.  It’s not.  Not anymore.  There’s huge swathes of the LGBTQ2A+ community whose connection to the Pride movement has absolutely nothing to do with their sexual orientation.  Or maybe it does.  Because you can be both transgender and also a lesbian, for example.

I guess what I’m trying to say here is that we do a real disservice to the Pride movement when we don’t work very hard to educate about the difference between sexual orientation and gender identity/expression. Just as it is important that we work hard to be inclusive within this movement, we also have to be a little exclusive.  We need to work hard to make sure that when a seven-year-old (a normal age to solidify gender identity) says to their parent that they don’t identify as their assigned gender, the parent doesn’t automatically jump to wondering why their baby is questioning their sexual identity.  Gender identity is NOT sexual orientation.  They are completely separate from each other.  (if this confuses you, you aren’t alone!  Go look at the genderbread person!)

Likewise, when a young person needs to find a peer group and attends something like our PRYSM, we shouldn’t have parents (and politicians…) screaming from the rafters that it’s a sex club.

Sometimes I wonder if we should have written the acronym is two or three chunks instead of one big one.  You know, instead of LGBTQQIP2SAA, we have LGBQQPA and TI2SA.  In the end, I guess what I’m trying to say is that education and understanding is key.  We have to work hard to make sure people understand that sexual orientation is a normal human thing, and also that gender identity (or lack thereof) is a normal human thing, and they are mutually exclusive.  Knowledge is power, and education fosters understanding. 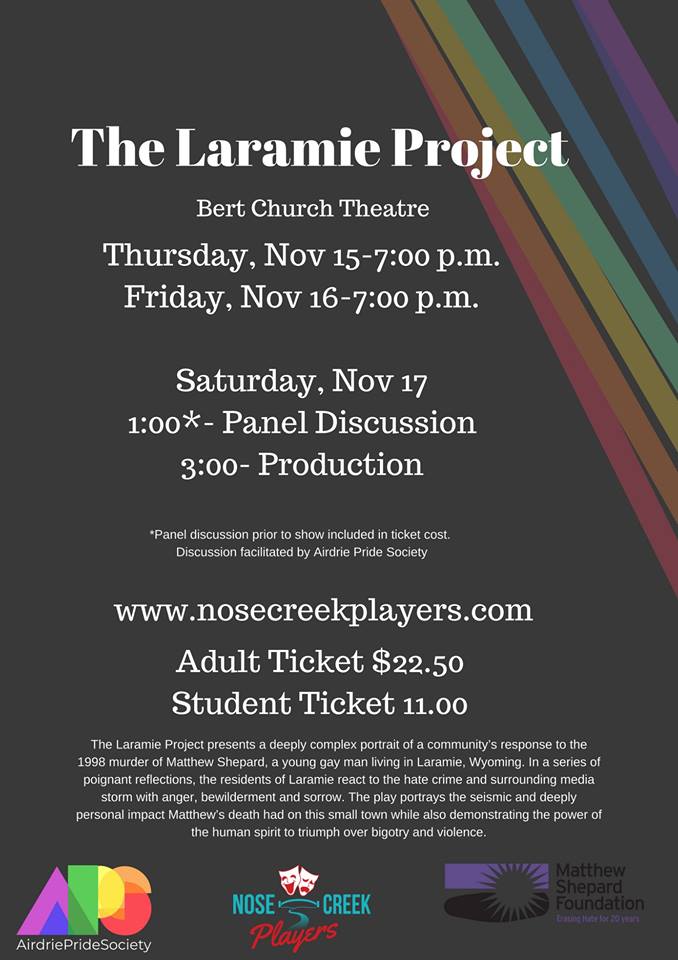 Speaking of education, (I know, terrible transition.  But Tammy’s the writer, not I) this is your reminder that the Laramie Project will be presented starting next Thursday by NoseCreek Players.  If you haven’t gotten your tickets, please do.  The event will be emotional, informative, and powerful.  We will be on-hand in the lobby for each show to answer questions and provide resources, and we are also hosting a panel discussion before the Saturday performance.  We really hope to see you there.

1 thought on “Let’s Talk About Acronyms”